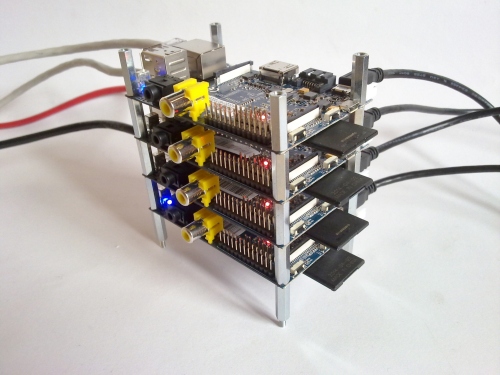 The first time I tried this I set up a small two node cluster and set up replication by typing commands at the MySQL shell prompt.  I didn’t want to do that again when I set up a 4 node cluster, so I wrote some Python scripts to do the work for me.  You can check them out at https://github.com/Pyplate/db-cluster-utils.

For detailed information on how I set this up, check out this page:http://banoffeepiserver.com/mysql/automate-mysql-replication-on-four-nodes.html.

I’ve also built a cluster of Banana Pi servers for use with the GlusterFS file distributed system.  First I built a stack of hard disks: 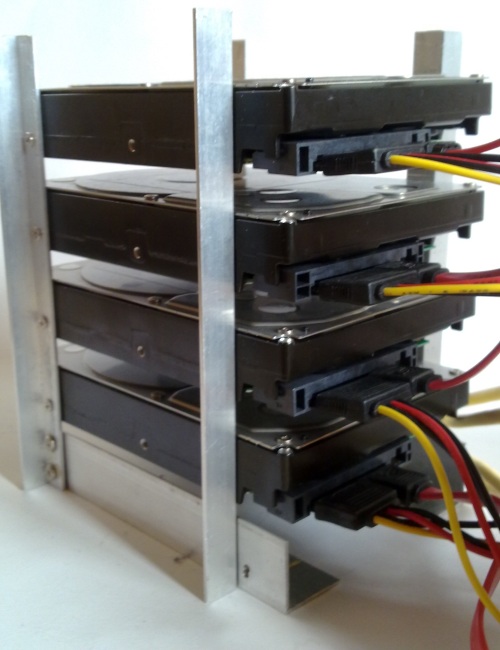 I connected a 4 node Banana Pi cluster to the stack, and installed GlusterFS on each Banana Pi.  Data is replicated on two of the disks, so if one disk breaks, no data will be lost.  You can read about how I set this up at http://banoffeepiserver.com/glusterfs/setting-up-glusterfs-on-four-banana-pi-servers.html 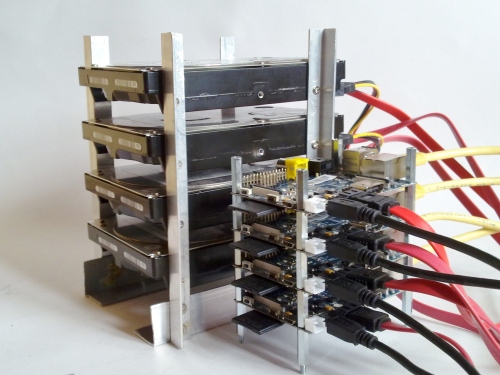 Once I’ve finished testing these clusters, I can integrate them with my cluster of Banana Pi web servers.